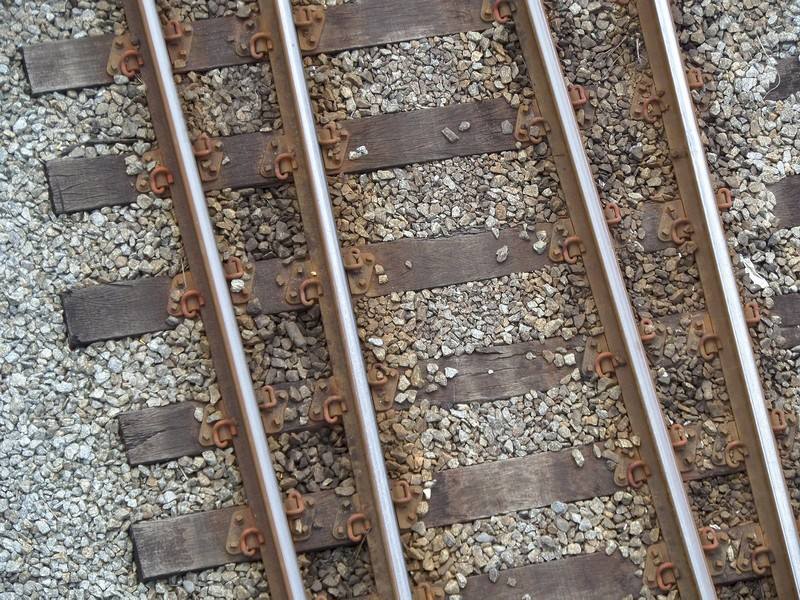 The October Railway showed reporters the Luzhskaya Sortirovochnaya station. According to Viktor Ivanov, deputy chief engineer of the Russian Railways for the St. Petersburg-Vitebsk Territorial Administration, the project to automate sorting systems of this scale is being implemented for the first time. Luzhskaya Sortirovochnaya is the first sorting station under construction in the last 20 years. Almost everything on it is automated using the MSR-32 system, which was supplied by Siemens.

The tour of the sorting was conducted by the head of the station, Valery Bakkal. The sorting system can process up to 5 thousand wagons per day. And with a parallel dissolution – up to 8 thousand. Now the volumes reach the figure of 2 thousand cars. There are 16 tracks in operation, 16 more should be built by the end of the year, 44 tracks in total are planned. How to lay rails and sleepers for them, we saw with our own eyes.

Speaking of trains, V. Ivanov showed the first locomotive in Russia, which is controlled automatically without a driver. The acceptance committee was held on October 29, 2015. At the moment, one locomotive of the TM-7 series is fully equipped with an auto-driving system. Two more until the end of November will go through the process of retrofitting.

The conversation about wagons and automation continued at the coal terminal. Arthur Sedov, Director of Operations for Rosterminalugol, proudly spoke about infrared electric emitters used to heat the walls of wagons to facilitate unloading, and complained that there is a thing that does not automate – the process of uncoupling wagons.